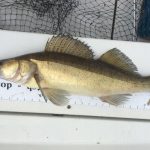 ZANDER LUNACY: Striking Gold During a Lunar Eclipse© By SPF Cameron Dripping with sweat, I finally made it up from the lake to the top of the hill. I burst through the kitchen door not long after midnight. Suddenly, the tranquillity of the night before was shattered and replaced with a strange maniacal excitement. The
Read More 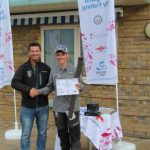 Grafham Water hosted the 2019 England Youth Fly Fishing National where twenty young anglers were fishing for the title of England Youth National Champion and a place in the 2020 England Youth Team. The fishing at Grafham leading up to the event had been good with the fish high in the water and keen to
Read More 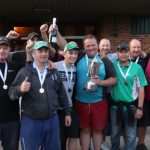 The largest Angling Trust Division 2 National Championship for years saw 43 teams (430 anglers) compete on a mediocre Shropshire Union Canal, Market Drayton between High Offley to Coole Pilate, a distance of approximately 18 miles on Saturday 14th September 2019. As expected the winning weights would consist mostly of bream and skimmers, with the
Read More 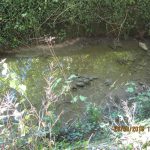 Environment Agency News Release Anglian Water has been ordered to pay more than £156,000 for polluting a Northamptonshire brook with sewage. In a prosecution brought by the Environment Agency, Leicester Magistrates’ Court fined the company £146,000 and ordered them to pay £10,676 in costs after it found the company’s negligence and lack of maintenance were
Read More

We use cookies to ensure that we give you the best experience on our website. If you continue to use this site we will assume that you are happy with it.OkRead more